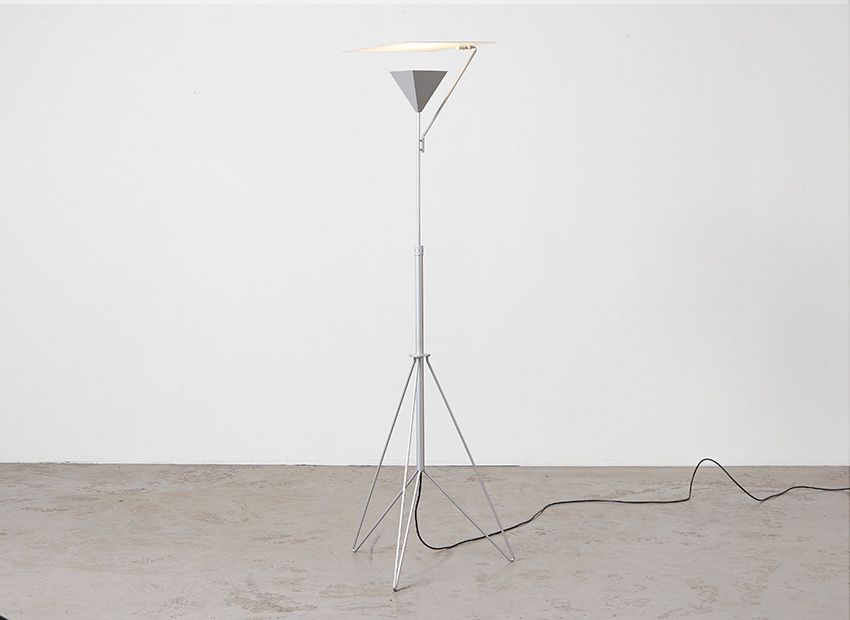 Fantastic floor lamp, model Tenderly, designed by the great Japanese designer Shigeru Uchida in 1985 for Pastoe.
Not many of these lamps are made, very hard to find.
This lamp’s telescoping rod and lamp supported on a tripod was inspired by a photographer’s light stand. The halogen bulb in its inverted pyramid shade points directly upward to a square metal screen, which both reflects the light and allows it to pass through, creating ambient lighting for a room. He based his initial sketch for this tilting screen, he explained, on “the image of Japanese men holding up their sun visors to see who is good-looking.”
The name Tenderly comes from Elvis Presley’s song “Softly and Tenderly,” reflecting Uchida’s interest in American pop music of the mid-twentieth century.
Designed at the height of the excesses of postmodernism, Uchida’s work anticipated the new minimalism of the 1990s.
The lamp is in very good original condition. Only little traces of wear on the stem, as visible on the last picture.